Ann was previously our President (2012-13) and has already completed an extended term of Chairman (2007-11).  Under her initial Chairmanship OBSCA selected James Brokenshire MP as our parliamentary candidate, was victorious with the East Wickham Ward by-election (Cllr Steven Hall), and had the satisfaction of a clean sweep of Conservative results in the May 2010 Local and General elections.

Ann has been a member of the Conservative Party for 40 years. She became actively involved in 2001 when she joined the committee of Blendon & Penhill Ward.  In 2003 she was elected Chairman of her Ward. During her business career Ann was a Director of a large legal publishing company.

Ann enjoys meeting residents during our weekly borough-wide canvass sessions that help identify any issues or concerns that they may have. Amongst her hobbies are gardening, theatre, and reading. 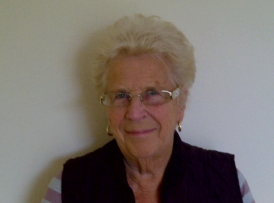